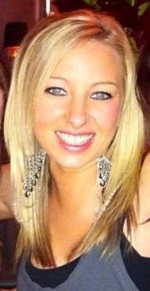 "Beth was a normal happy outgoing girl who loved life. She attended Charlestown Primary School and then went on to attend Fowey Community College. On leaving school and higher education, Beth got offered a place University of Wales in Cardiff and worked hard over the years to attain a Qualified Teaching Status in 2010, with a second class honours degree.

During the summer holidays between finishing Uni and starting her new job, Beth went to Africa to help build a school for the children. She had to raise money to pay for her flights and hostel style accommodation and for this she did a lot of fund raising including a sky dive from Perranporth airfield.

Sadly after finally finishing her NQT year at a primary school in Bath, in February 2012 she was diagnosed with Hodgkin Lymphoma and then her battle to survive began. Her life had now changed dramatically and now the continuous rounds of chemotherapy began with all of the usual side effects, however in October 2012 she received the all clear and celebrations then began. Sadly in November (only 1 month later), she was told the devastating news that the cancer had returned. She was then scheduled for radiotherapy daily at Treliske hospital, Truro, which continued until February 2013, having only Christmas Day off throughout.

Unfortunately the radiotherapy did not cure the Hodgkin Lymphoma and so Beth was then offered a new drug (not yet licenced in the UK) as an alternative cure. The drug funding was approved by the hospital, costing £9,000 per treatment course. She had to have several months of treatment and finally she got the all clear in August 2013. She was advised that the only way to keep the Lymphoma from returning was to have a bone marrow transplant.

The transplant was scheduled for September 2013 at Bristol Children’s Hospital and the process entailed a 3 month stay in isolation. This was a very trying and worrying time for Beth, as when you have a bone marrow transplant your body is stripped of all it’s immunity, by intensive chemotherapy for 2 weeks before the transplant and even catching a cold can be fatal, until the marrow starts to grow which can take up to 2 years in total.

During her time in isolation she developed many complications and caught 3 viruses, one of them being a cold which unfortunately gave her a chest infection which eventually turned into pneumonia. Beth had to be transferred to intensive care but she never gave up and never lost hope, keeping her sense of humour at all times right until the end. During her time in intensive care, the consultant came and spoke to Beth and told her the seriousness of her condition as her breathing was very compromised. He told her that if she was to be put on a ventilator her chances of survival were very slim. As he walked out of her room, her response to him behind his back was, with a wry smile “and happy Sunday to you too mate!”

We smiled and this just showed her typical humour which remained throughout. She never complained and she never whined and said why me.

Beth never gave up and she fought right until the end with her positive attitude and outlook on life. I know that Beth would be so pleased that I have started up a charity in her memory, as she was always one who cared about other people and would want to help those in the same position as her.

Thank you for reading Beth’s story, and I do hope that you feel you can support our charity to help others in the same position as Beth, and help make peoples time during treatment a little more bearable."

Find out how by contacting us at: